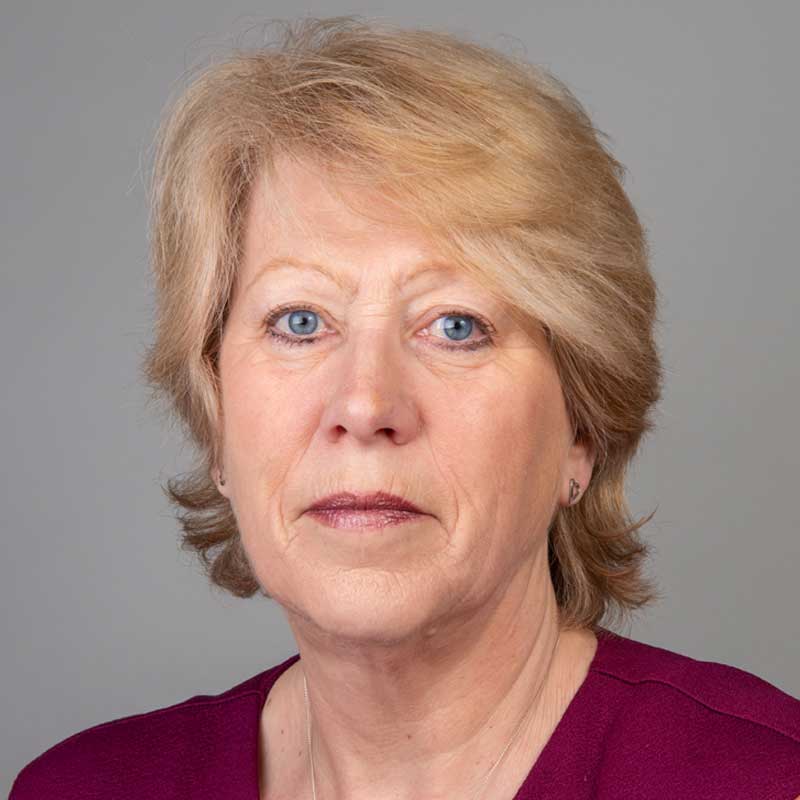 As President, Julie plays central role as an ambassador for CIEH by promoting the environmental health profession and commenting on the relevant topical issues of the day.

Julie is a Chartered Environmental Health Practitioner (EHP) and barrister. She practised environmental health in Northern Ireland, England and Wales for ten years. She qualified as barrister and spent 20 years practising law in private practise and in local government, specialising in regulatory law. She then took up the newly created post of Director CIEH Wales, retiring in 2018 to run her own legal training company. 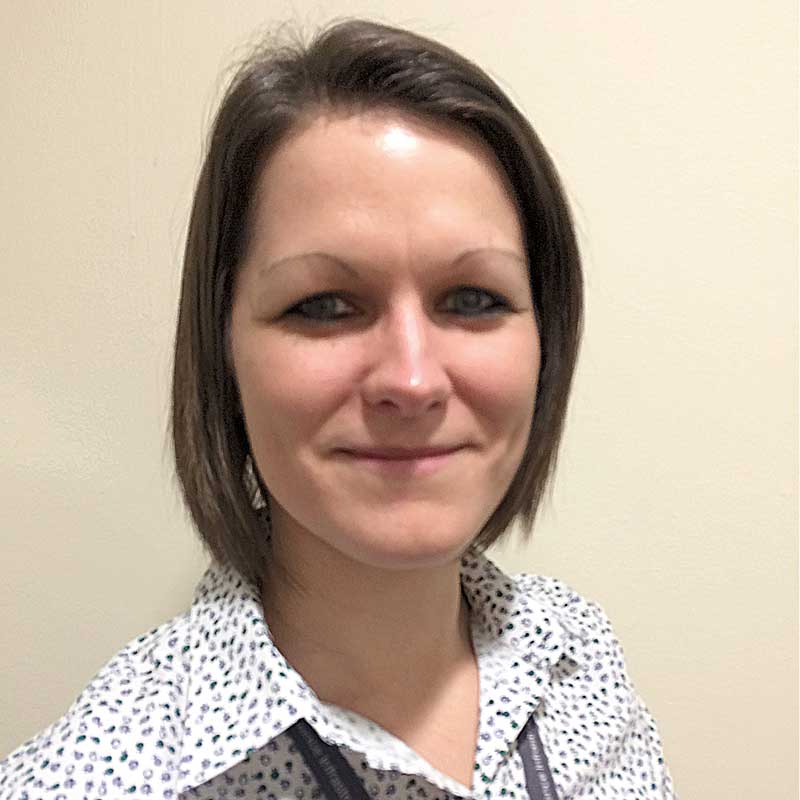 As Chair, Terenja oversees the delivery of CIEH’s strategy and ensure that our institutional remit to protect the public will continue to be fulfilled.

Following the successful completion of her MSc in Environmental Health at Birmingham University and subsequent qualification, Terenja was employed by Wolverhampton City Council as a District Officer. Having initially been responsible for food safety, food standards, health and safety, noise, waste, nuisance, licensing and infectious disease control work, she progressed to Senior District Officer where she dealt with a wide range of commercial premises.

In this position, she gained extensive experience of a range of informal and formal environmental health procedures and completed numerous complicated food closures and prosecutions under food hygiene, food standards, waste and health and safety legislation. Terenja was also an Environmental Health Volunteer for Joint Local Authority Regulatory Services at the London 2012 Olympics and Paralympics.

Terenja joined the DIO Building Standards team at the Ministry of Defence as its first civilian EHP in 2013 and has since been joined by other qualified EHPs. Terenja is the lead senior specialist for the team which is responsible for assuring infrastructure and catering facilities both nationally and overseas. The work is specialised and often complex but highly enjoyable and rewarding, particularly working with military colleagues from all three services (Army, Air and Navy).

Terenja is a Chartered Member of CIEH, Graduate of IOSH and has been a Trustee of CIEH’s Board at for four years.

We appoint a number of Honorary Vice Presidents. These are notable individuals who, through their position and status, are of particular value and assistance in helping us achieve our objectives. Their duties include promoting the CIEH, supporting our initiatives, making introductions, identifying issues of concern for consideration and exchanging information.

He is a Non-executive Director of Severn Trent PLC, Chair of Jupiter Global Green Investment Trust and is involved in several environmental organisations.

He is currently Senior Visiting Research Fellow, Kings College Centre for Risk Management, a lay Council Member of the Royal College of Radiologists, a member of the Standards Board of the Association of Chartered Certified Accountants and in addition holds various honorary health and safety positions.

Ilora Gillian Finlay is a Welsh doctor, professor of palliative medicine, and an Independent Crossbench member of the House of Lords.

She is a past president of the Royal Society of Medicine, a professor of palliative medicine at Cardiff University School of Medicine, and is consultant at the Velindre cancer centre in Cardiff. On 28 June 2001, she was made a life peer as Baroness Finlay of Llandaff, of Llandaff in the County of South Glamorgan.

Baroness Finlay is a co-chair of the All-Party Parliamentary Carbon Monoxide Group, which brings together parliamentarians committed to tackling carbon monoxide poisoning. In October 2011, following a six-month inquiry which she chaired, the Group produced a report entitled Preventing Carbon Monoxide Poisoning, including a number of recommendations for policy and behaviour change. Lady Finlay also chairs the All-Party Parliamentary Group on Dying Well, which promotes palliative care.

In March 2015, Baroness Finlay was awarded the Grassroot Diplomat Initiative Honouree for her vigorous champion to improving the care of dying patients.

Joan Walley was Labour MP for Stoke-on-Trent North from 1987 to 2015. Following a career in local government, she became opposition spokesperson on Environmental Protection and Development (1988-90) and Transport (1990-95), and has served on the Environmental Select Committee since 1997.

Her special interests include the environment and health. Joan was awarded an Honorary Membership of the CIEH in 2014 in recognition of outstanding service and support to the CIEH in the furtherance of environmental health.

She has frequently acted as a special adviser to the World Health Organisation and overseas governments. She is a Vice President of Age Concern England, a Trustee of Help the Aged, served from 2001-08 as Deputy Chairman of the University of Brighton and is President of Medact (a charitable organisation of doctors, nurses and other health professionals who are concerned about major threats to health such as conflict, poverty and environmental degradation).

Kevin was elected as Member of Parliament for the Rother Valley in the 1983 general election. He has won all seven subsequent elections for the constituency.

He is currently Chair of the All-Party Groups relating to the Film Industry, Pharmacy and is Co-chair of the Associate Parliamentary Health Group and All Party Group on Primary Care and Public health.

In 2001 Kevin was appointed as a Privy Councillor and given a Knighthood in 2014.

After winning his sixth election for Member of Parliament for the Rother Valley, Kevin became chair of the Health Select Committee. He is also a lay member of the GMC.

Over the past 43 years Lord Rooker has evolved from working in the engineering industry, Lecturer in Management - Lanchester (Coventry) Polytechnic, to a career in politics as a Member of the House of Commons (Birmingham, Perry Barr), Deputy Leader – House of Lords, Minister of State in six Government Departments and Chair of Food Standards Agency.

During this time he has also held seven voluntary roles within the Third Sector, was a member of Parliamentary Committees including Public Accounts Committee, Three Joint Commons/Lords Committees dealing with Devolution, Lords Reform and Deregulation Legislation (Chair of latter).

Roles in Government have included leadership and strategic decision making including opening up new organisations and areas of policy and closing down redundant operations.

He is a Chartered Engineer (C.Eng), Fellow, Institution of Engineering and Technology (FIET), Member, Chartered Management Institute (MCMI) and a CIEH Vice President

Baroness Sally Hamwee was appointed a Life Peer in 1991. She is a member of the Council of Management (and past chair) of Refuge and is President of the Town and County Planning Association. Sally was Councillor for the London Borough of Richmond Upon Thames from 1978 to 1998 and, from 1986 to 1994, she was chair of the London Planning Advisory Committee. She maintains a connection with Clintons, the West End solicitors specialising in media and entertainment, in which she was a partner for many years.

Sally's key issues and concerns are Environment, Equalities and Social Justice, Housing, Planning and the Constitution. She is currently Co-Chair of the Liberal Democrat Parliamentary Party Committee on Home Affairs, Justice and Equalities (Home Office).

Sarah Veale was Head of the Equality and Employment Rights Department at the Trades Union Congress (TUC), where she worked since 1985. She was a member of the TUC team which negotiated the agreement with the CBI and the Government that formed the basis of the Temporary Agency Work Directive; she was also responsible for the development of TUC policy on employment law. Sarah was awarded the CBE for services to diversity in 2006.

Dr. Stephen Battersby is a visiting senior fellow at the Robens Centre for Public and Environmental Health, University of Surrey. He was awarded an MBE for services to environmental health in the 2014 Queen's Birthday Honours List.

He was also President of the Chartered Institute of Environmental Health from 2008-2011 and is now a Vice-President. He also chairs the Pro-Housing Alliance.
He is also an Associate of the Safe and Healthy Housing Unit at The University of Warwick.

He chaired of the board of Generation Rent (the National Private Tenants Organisation) from 2013 to 2015 and is the current Editor Clay’s Handbook of Environmental Health.

Tim Lang is Professor of Food Policy at City University's Centre for Food Policy in London. He specialises in how policy affects the shape of the food supply chain, what people eat and the social, health and civic outcomes. Over 30 years, he has worked in a variety of posts in education, research and public interest organisations. Since 1994, as Europe’s only Professor of Food Policy, he has concentrated on long-term strategic issues in food policy, linking human and environmental health with social justice.

Since 2006 he has been Land Use and Natural Resources Commissioner on the Government's Sustainable Development Commission. He was elected a Fellow of the Faculty of Public Health in 2001 and won the BBC Radio 4 Derek Cooper Food Award in 2003 and the Caroline Walker Trust award in 2002.