Our annual Food Safety conference is the leading event for food safety updates. This year the conference will take place online over two half-days and will examine the regulatory changes and challenges facing the food landscape. As business operations return to a degree of normality, we explore food safety priorities and challenges, with a particular focus on; food fraud; workforce planning; allergens and outbreaks.

Join our online event as we explore the Food Standards Agency’s (FSA) proposed strategies and the concerns around the future of food safety after the pandemic and EU Exit. Hear best practice case studies about how front-line officers are managing the challenges of imported food control and the building of infrastructure to manage the challenges of exported food controls.

Assess the practical challenges that businesses faced over the past year and how the Office for Product Safety and Standards (OPPS) has worked with EHPs to support business recovery and continuity plans to rebuilding communities.

Andrew Ralph, Head of Licensing and Regulatory Services, Public Protection and Licensing Westminster City Council. Andrew graduated as an EHO in Dublin in 1996 and moved to Westminster the same year. Once registered with EHORB he began working as an EHO in residential and pollution services at Westminster. He then moved over to public realm management and spent a number of years managing the street enforcement teams. Following the commencement of the Licensing Act 2003, he took the role as Head of Licensing and led the team though the first years of LA03. In 2012 he moved away from the administrative side of licensing and back to licensing enforcement and set up the council’s City Inspector service. Then in 2019 he became the Head of Licensing for the second time. Andrew has been the lead officer from Public Protection & Licensing, in response to the re-opening of the city, and the successful Al Fresco scheme in Westminster. 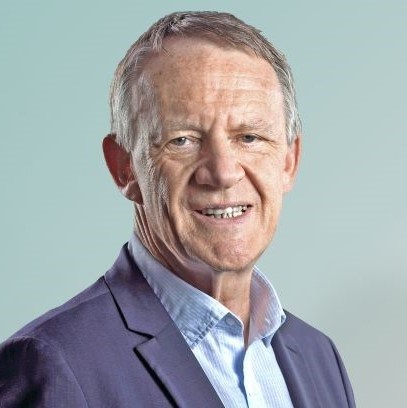 Chris Tyas, Chairman, GS1 UK. Before becoming GS1 UK chairman at the end of 2018, Chris spent more than four decades in the food industry, the majority of it with the multinationals Nestlé and Mars. During his time at Nestlé, he held a wide range of executive supply chain roles, concluding his time there as Senior VP and Global Supply Chain Head. At the beginning of the COVID-19 pandemic, Chris was asked by the UK Government in March 2020 to chair the Food Resilience Industry Forum (FRIF) bringing together all parts of the agrifood supply chain to ensure that food security and consumer needs were proactively addressed. 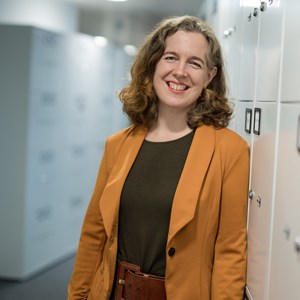 Emily Miles, Chief Executive Officer, Food Standards Agency (FSA).  Emily has been at the FSA since September 2019, after moving from her previous role as Group Director of Strategy at the Department for Environment, Food and Rural Affairs (Defra). She worked at Defra for four years where she coordinated work on the domestic consequences of Brexit since the referendum in 2016. For the previous 15 years, Emily has worked on home affairs issues at the Home Office, Downing Street and Cabinet Office, with roles including Director of Policing at the Home Office and Programme Director for the programme to clear the UK’s historic asylum backlog in the UK Border Agency. 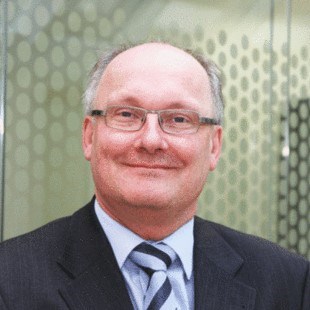 Graham Russell MBE, Chief Executive, Office for Product Safety and Standards, Department for Business, Energy and Industrial Strategy. Graham’s professional background is as a regulator in local government, and he understands the contribution that local authorities make to protection and growth in the local economy. His previous roles include Chief Executive of the Better Regulation Delivery Office and Head of Trading Standards and Community Safety at Staffordshire County Council.
He co-chairs the International Network for Delivery of Regulation with Professor Chris Hodges of Oxford University and together they have written a book on the delivery of regulation with colleagues from around the world. 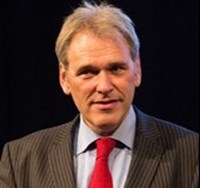 Gary McFarlane, Director, CIEH NI. Gary is a Chartered EHP and a Fellow of CIEH. Prior to working at CIEH Gary worked in a number of appointments within the local authority sector in Northern Ireland. Over the course of the pandemic Gary has been working on a number of central CIEH initiatives. He has been the “face” of CIEH Webinars; negotiated the involvement of EHPS in the national contact tracing effort; developed the proposals for the National Environmental Health Register with MHCLG, DHSC and LGA; and has strengthened professional connections between EHPs and Public Health Practitioners.

Kate Thompson, Director Wales, CIEH. Kate joined the CIEH in June 2017 as Director for Wales. Prior to her appointment she was Head of Local Authority Support and Audit at FSA Wales where she led on the introduction of a new delivery model for animal feed official controls, reviewed the operation of the mandatory Food Hygiene Rating Scheme and oversaw the Smarter Communications project which transformed how the FSA communicates with local authorities in Wales. Since her appointment Kate has focused on furthering links with external stakeholders and strengthening joint working with CIEH colleagues across the nations. 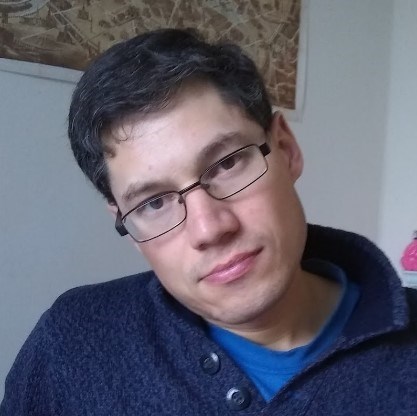 Ian Andrews, Head of Trading Standards & Commercial Environmental Health at London Borough of Greenwich. Ian Andrews is a Chartered EHP who was, until January 2021, the Chair of the National Food Hygiene Focus Group. Having previously worked on secondment to the HSE, he currently lives and works in South London. He is not that good at badminton but once enjoyed learning whilst working for a Local Authority in the West Midlands. 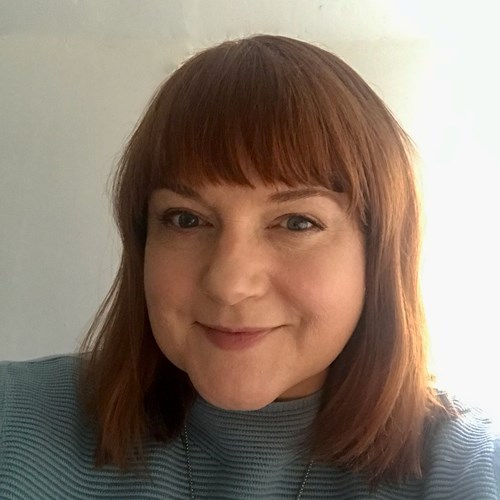 Kristin Bash FFPH, Public Health Specialty Registrar, NHS England Future PH. Kristin is a consultant in public health and chair of the Food Special Interest Group with the Faculty of Public Health. Kristin is also an honorary lecturer at the University of Sheffield’s School of Health and Related Research where she lectures on issues related to the wider food system, sustainability and population health.

Dr Lisa Ackerley, Strategic Food Safety Adviser Director, Public Health Company Ltd. Lisa is an independent food safety consultant providing advice and support to food industry sectors and the mass media on food safety issues for businesses and consumers.Lisa has represented the organisation at the Food Standards Agency Expert Advisory Group on Regulating our Future, industry liaison groups, FSA led workshops and also on the Safe and Local Supplier Approval (SALSA) board. For many years she has been involved in allergen training for EHOs and the hospitality industry. 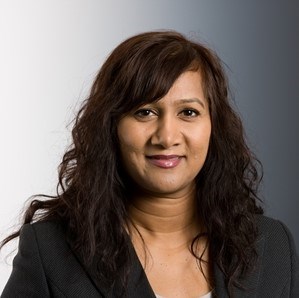 Selvarani Elahi MBE, UK Deputy Government Chemist and Executive Director, Food Authenticity Network, LGC. Selvarani has over 25 years’ experience in the analysis of food and agriculture samples and has been the Chair of the Department for Environment, Food and Rural Affairs (Defra) Authenticity Methods Working Group since 2013. She also serves on Defra’s Authenticity Steering Group and the Royal Society of Chemistry Analytical Methods Committee’s Feed and Food Authenticity sub-committee. Selvarani is part of the UK delegation for the Codex Committee on Methods of Analysis and Sampling and is part of the UK delegation that serves on the CEN committee for standardisation of methods for food authenticity. 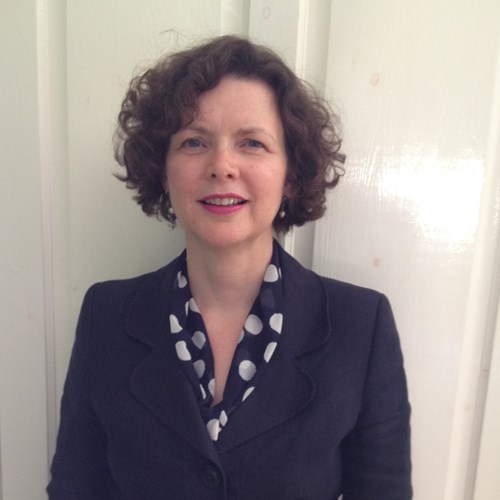 Una Kane MSc MCIEH, Environmental Health Manager, Rother & Wealden District Councils. Una is a Chartered Environmental Health Practitioner, specialising in food and safety matters, with over 30 years of practical experience, including dairies, cheese makers, smokeries and most recently, the exporting of fish to Europe. Una has undertaken all enforcement options through a full and varied career. Throughout the pandemic, Una led Rother & Wealden’s District Council's response to coronavirus (COVID-19), organising teams of officers to provide support and advice to communities and businesses, and regulatory enforcement where appropriate. Una has also worked in partnership with Chapmans of Rye to establish an export hub for fish exports to France, Belgium and beyond.