COVID-19 has forced us to re-think many aspects of our lives, and made us more appreciative of our environment – yet at the same time there has been an increase in plastic pollution on our beaches and green spaces. Cornish charity Surfers Against Sewage has launched a campaign to help us clean up our environment, as well as improve our mental health, and community connectedness.

The time for ocean conservation is now. Surfers Against Sewage was formed in 1991, initially, as a single-issue pressure group that focused on the chronic sewage pollution at the time. Now, the charity is a leader in ocean conservation and tackling the plastic pollution crisis we face.

In 2018, plastic pollution made up 73% of beach litter worldwide, and the UK is no exception. The vast amount of plastic debris that ends up in our parks, rivers, seas and oceans is suffocating marine wildlife and devastating ecosystems. Our oceans are in crisis and urgently need our help.

Unfortunately, the COVID-19 pandemic has only heightened the issue. A recent survey commissioned by Surfers Against Sewage found that over half (54%) of British people think that COVID-19 has led to an increase in plastic pollution, evidenced by the fact that almost two thirds (59%) have seen more waste in their local area over the last 12 months.

Worst of all, more than half (51%) of those surveyed see more plastic on UK beaches than wildlife.

As lockdown restrictions begin to lift, many of us are planning a trip to the coast. After a long winter locked up in our homes, what could be more enticing than a bracing walk along the beach?

What is the Million Mile Beach Clean?

The Million Mile Beach Clean is part of the Million Mile Clean initiative, organised by Surfers Against Sewage. It is the UK’s biggest ever community clean up, with the aim to clear one million miles of UK blue and green space by the end of the year. The charity aims to get 100,000 volunteers to commit to clean 10 miles of beach, river, street or mountain throughout 2021 to achieve this ambitious goal.

This campaign is designed to facilitate the social side of cleaning, making it fun and engaging while boosting the feeling of connectedness. It also directly allows people to give back to the environment that has become so precious. Both of these are proven ways to boost mental health which is why social prescribers have started prescribing community volunteering as a means to help deal with depression and anxiety.

Dr Sabine Pahl, social psychologist at the University of Plymouth, who supports the campaign, also believes it could provide a boost to people’s wellbeing. She said: “Our oceans are an integral part of our planet and our lives. Research shows that the coast and oceans have a positive impact on our health and wellbeing. Now more than ever it is crucial for people to reconnect with the outdoors and the Million Mile Beach Clean provides an opportunity for people to do something for their health whilst also creating a positive impact on the environment.”

The initiative will last throughout the UN Decade of Ocean Science, delivering a million miles a year, ten million by 2030 and aligning with Surfers Against Sewage’s ten-year ambition of ending plastic pollution on UK beaches by 2030.

How can EHPs get involved?

To get involved visit the website, and track your beach cleans via the Strava Club community group. All the information can be found on the website, as well as the registration process and relevant forms.

To make it even easier to get involved, Surfers Against Sewage also provide all Clean Leaders with the equipment they need to carry out their work, such as reusable gloves, reusable sacks, litter pickers, first aid kit and more.

While the initiative runs throughout year, the first week of community action will take place 15-23 May. This is one of two flagship weeks where the focus will be on getting as many people involved and seeing the cleans in action. The second flagship event will take place in October and together they will be responsible for over 1,000 cleans and somewhere in the region of 600,000 miles.

Who are Surfers Against Sewage?

The charity aims to engage individuals and communities across the UK by making them aware of the issues our environment faces and championing the ocean throughout. This is done by:
• Educating people on the scale of the problem and what they can do to make a difference.
• Empowering individuals by giving them the knowledge, tools and resources to make changes in their day-to-day lives to become more sustainable and to host mass awareness raising events.
• Providing the opportunities for people to evolve, following their journey of marine conservation. 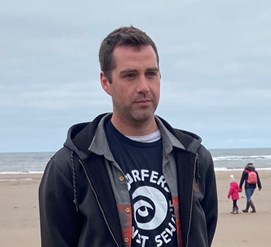 Jack Middleton is events and communities manager at Surfers Against Sewage.