Transport is supposed to be a ‘low hanging fruit’ in terms of carbon reduction – at least for local councils. However it has taken one small not-for-profit to address a goliath-sized problem with central government’s road policy. The Transport Action Network (TAN) argued that England’s £27bn road building programme would create carbon emissions 100 times greater than Whitehall calculated, undermining climate emergency commitments.

TAN founder and director Chris Todd explained for EHN Extra readers how and why the organisation is challenging the scheme in a judicial review, and why action on transport is needed.

"Transport Action Network (TAN) is a relatively new not-for-profit organisation set up to help local communities seek better transport solutions. It consists of two people, part time, (myself and Rebecca Lush) who together have over 50 years of campaign experience.

"We support people promoting active travel and public transport, fighting bus cuts and opposing damaging new roads. We’re the only national organisation providing these services and was set up to fill the void when Campaign for Better Transport (CBT), who I used to work for, stepped back from supporting local groups.

"When I started TAN I had no idea that within a year we would be leading the challenge to the Government’s roads programme. It just wasn’t on the agenda, my focus being to ensure the support for local groups continued as seamlessly as possible.

"Most of the work we do is helping people oppose damaging roads, such as:
• A38 Derby Junctions - involves the loss of many trees and land take from local parks.
• A27 Arundel Bypass - will put more pressure on other sections of the road, which are difficult to solve.
• Shrewsbury North West Relief Road - will destroy the tranquillity of the Severn Valley.
• A57 / A628 upgrades increasing road capacity through the Peak District National Park
• A5036 Port of Liverpool Access Road – a dual carriageway through Rimrose Valley Country Park
• A303 Stonehenge - will destroy parts of the World Heritage Site and was approved against the recommendation of independent planning inspectors
• Wensum Link in Norfolk - will damage a rare bat colony
• Lower Thames Crossing, an £8 billion plus road scheme which won’t provide any significant traffic reduction at the Dartford Crossing

"We’ve supported groups in Somerset seeking to establish walking and cycling routes on old railway routes, a campaigner near Warrington fighting for justice, particularly for the elderly, over bus cuts, and to those opposing huge car-centric housing developments. We’re supporting the Historical Railways Estate Group fighting Highways England’s plans to demolish or infill bridges and tunnels from the old railway estate, many of which could be used for active travel.

"We’re also helping groups network among themselves, so that we don’t become a bottleneck for sharing advice or communications. However, we’ve come to realise that as good as the evidence is against new roads, or for investing in active travel and public transport, the system is heavily stacked against change. Billions are being poured into road building – £27 billion for the strategic roads network over 5 years, £90 billion over the next 15 years. While the Government has some good strategies on cycling and buses these are undermined by the levels of funding on offer – a paltry £5 billion over 5 years.

"Therefore, one of the best ways we could help groups was to challenge these issues at a national level. So in March last year we wrote to the Government, calling on it not to proceed with its huge road building programme and to review its roads policy which effectively ignores carbon emissions and is out of date on air pollution, biodiversity, design and much more.

"Unsurprisingly, we were ignored and on 11 March 2020 Rishi Sunak announced the ‘largest ever’ roads programme. It was clear that organisations like Friends of the Earth, or Greenpeace, were not going to challenge this. Therefore, we felt we had no other option but to seek a judicial review of his decision. It was a leap of faith for such a new and relatively unknown organisation with no guarantee we would be able to raise sufficient funds to proceed.

"We were lucky to secure the services of a top legal team at reduced rates. Being small we were able to move quickly, even if securing resources was more problematic. In the end we seemed to tap into a deep frustration and concern about the Government’s transport policies and successfully raised sufficient money mostly through crowdfunding, with some outside organisations helping too.

"The problem with current planning policy is that carbon emissions (and then only some of them) from a new road are compared against the whole of the UK’s carbon budget. Naturally, in comparison to this they are dismissed as insignificant and are ignored. However, no other metric is judged in the same way. For example, if you scrutinised the economic benefits of a new road compared to the entire UK economy you would end up with equally insignificant fractions. Yet economic benefits are rarely deemed unimportant. Until this changes, it’s almost impossible to stop new roads on climate grounds, which given the situation we’re in is crazy.

"Currently transport is the one sector that has failed to make significant cuts in emissions since 1990. Yet building new roads increases emissions at the very time that research suggests we need a 20% reduction in road mileage if we’re to be Paris compliant. Electrification of the vehicle fleet won’t happen fast enough. The long-promised Transport Decarbonisation Plan is delayed yet again, while fuel duty has been cut (in real terms) for the 11th successive year, making driving ever cheaper, while bus and rail fares continue to rise above inflation. Despite all the Government is saying, its economic policies are driving people in the wrong direction.

"The good news is that since our action was launched, we’ve received lots of support. Others are now openly challenging the roads programme and the Government’s direction of travel. It matters for many reasons, but most importantly because the environment we create affects so many aspects of our health. So, while we have framed much of our challenges around climate change, we are equally concerned about air and noise pollution, lack of choice, physical activity, loss of green space, plastic pollution and the ability to be able to lead a fulfilling life without having to own a car."

*Earlier this month TAN won permission to take the road building programme to judicial review and a hearing is expected by the summer. 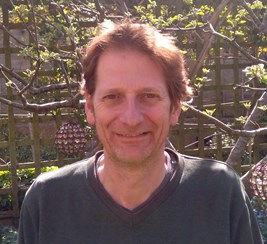