The Latin motto, Amicus Humani Generis, on our coat of arms means 'Friend of the Human Race'. 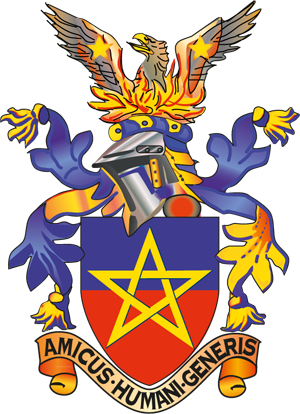 CIEH acquired its coat of arms in 1957 when the Sanitary Inspectors Association, as it was then called, changed its name to the Association of Public Health Inspectors. At the time, it was agreed that the Association should have a new symbol to replace its old badge.

An application was made to the College of Arms for a grant of arms.

The star in the middle is a pentagram. The pentagram is known in heraldry as the symbolum sanitatis or symbol of health. It was the traditional emblem of the Association and was included in its old badge.

The crest consists of a phoenix rising from the flames. In mythology, the phoenix signifies re-birth or rejuvenation. It symbolises the change of the Association’s title.