There are many sources of pollution that blight our rivers: farm slurry; soil from compacted, over-grazed and tilled fields; industrial effluent; pesticides and road run off. But pollution from human sewage has received a peak of attention in the media and in politics over the past year.

Sewage pollution is a highly emotive issue because none of us likes the idea of paddling children – or the growing ranks of wild swimmers – immersing themselves in human excrement. As well as the obvious harmful pathogens like Salmonella, E. coli and Streptococcus, sewage contains lots of visible plastic litter, as well as a cocktail of invisible and often untested pollutants such as antibiotics, pharmaceuticals and household chemicals that are thought to have complex impacts on aquatic wildlife in combination. Rightly, more and more people are asking why 21st-century Britain allows untreated sewage to spill into rivers, which happened for over 200,000 hours in England in 2019.

The Rivers Trust has driven this debate by setting out the challenge over a year ago for Rivers Fit to Play In, and we are delighted that the government has now agreed to designate the first inland bathing water on the River Wharfe at Ilkley, which will require more intensive monitoring of water quality and greater investment in sewage treatment. Many more applications are going to follow from around the country.

Many have blamed the water companies for the problem and highlighted the eye-watering profits that they make. It’s true that some companies, such as Southern Water and Thames Water, have in recent years deliberately polluted rivers with sewage, which is clearly unforgiveable. New management in both these companies has been apologetic and promised that it won’t happen again. The privatisation of a critical resource for our survival was always controversial. However, if one accepts this reality, then returning dividends to shareholders is of course essential for any industry seeking capital investment.

But the root cause of the discharge of raw sewage is not profiteering or dodgy management in water companies. Pollution from sewer overflows is a wicked problem in that it is caused mainly by the way rainwater is dealt with after it lands on rooves, roads, fields and paved patios. The design of the built and natural environment for generations has all contributed to hurrying rainwater away as quickly as possible in ditches, gutters and pipes. Much of this water ends up being combined with foul sewage from homes and businesses. It simply isn’t feasible to expand sewage treatment works, or the network of sewerage pipes, to accommodate and treat this enormous volume.

So, the solution to sewage pollution is not dilution – it is in fact the opposite. We need to ensure that sewage remains as concentrated as possible so that it can be treated properly before it is discharged into the environment. We need to divert clean rainwater away from the sewers and provide storage within the landscape to reduce the speed with which it arrives at rivers, which will also help tackle another wicked problem: the flooding that brings misery and huge financial losses to tens of thousands of people each year. Water stored in the landscape in ponds, aquifers and wetlands provides amenity value, biodiversity habitat, drought resilience and often the potential for carbon sequestration. Frankly, this reversal of our philosophy of water management over the past centuries is a no-brainer. It’s also essential if we want sewage-free rivers to play in, and to be resilient against the more extreme weather of the future.

Slowing the flow and increasing storage across our entire landscape is not something that water companies can do alone. It is also the responsibility of town planners, highways agencies, legislators, regulators, farmers, businesses, homeowners and NGOs. We are all part of the problem, but we can all be part of the solution. All sectors in society must work together to achieve consensus and enact a plan based on reliable evidence, to pool resources, and to rapidly deploy a wide range of cost-effective, nature-based solutions in each and every river catchment.

The Rivers Trust has worked closely with Philip Dunne MP, the chairman of the Environmental Audit Committee, to bring forward a Private Member’s Bill calling for an end to sewage pollution. Such Bills are usually ignored by the government, but this one has had significant cross-party support from more than 130 MPs, and the government has responded by setting up a Storm Overflow Taskforce which has set an aim of eliminating harm from combined sewer overflows. As the representative of environmental NGOs on that taskforce, we are pleased that the issue of sewage pollution is moving to the forefront of government conversations, and the increased transparency surrounding the use of sewer storm overflows is a welcome move which we have advocated for some time. That being said, we urge the government to take strong action to tackle excess sewage discharges and put our watercourses at the centre of their plans for a green recovery.

There are a number of ways in which EHPs can help to support our cause. Firstly, any sewage overflows they witness should be reported to the Environment Agency’s pollution hotline on 0800 807060. Using the campaign webpage, you can still generate a letter to your local MP highlighting the scale of sewage pollution in your area, as well as the overall health of local waterways. Crucially, the letter asks MPs to support the Sewage (Inland Waters) Bill in Parliament. All you need to do to create this letter is enter your postcode. Finally, please do visit The Rivers Trust website and consider signing up to our newsletter, or even giving a donation if you’re in a position to do so. Together, we can bring back healthy, natural rivers, valued by all. 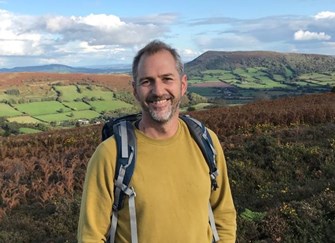