A shake-up of food law, and requirements to carry out food controls, has elicited a strong response from EHPs. The proposals, designed to boost recruitment, have thrown up a range of concerns around downgrading standards and risking public health, the legacy of funding cuts, and concerns about the future of the profession. EHN Extra caught up with Emily Miles, the chief executive of the Food Standards Agency.

As told to Katie Coyne

Was there anything you wanted to say first off?
The FSA recognises how challenging this period has been for local authorities. Environmental health officers in particular, and trading standards officers, are some of the heroes of the pandemic in my view. They really have unstintingly risen to the tasks required of them, and have shown how flexible they are and also just how willing they are to respond to new guidance, do new tasks and prioritise very rapidly. We think they've done a fantastic job in extremely difficult circumstances.

There are concerns that the proposed changes to the food law code of practice pose a risk to public health if it downgrades standards, as this is a public protection role.
I don't think that's what we're doing, and actually what I'm seeing across the different professions I've been around – I've worked in different parts of government – is that this is actually quite typical. So for instance, veterinarans have auxiliary vets doing stuff. You have police officers that are supported by community support officers. It's been quite a typical move in the last 20 years to look at what bits of a profession and a profession’s work need the absolute high level qualifications because they are complex, and then what bits of that work are more entry level.

A lot of those sorts of changes, for example around community support officers, have come in over quite a long period of time and this is all happening very suddenly.
I know people are worried about that. We would have loved to have taken longer over it, but it became clear in the summer that local authorities needed access to these arrangements as quickly as possible for two reasons: one was because we were nearing the end of the [Brexit] transition period; and the second was because of the implications of the pandemic.

If you knew all that over the summer, was there anything else that delayed this consultation as we are now counting down the weeks until the end of the transition?
It has been a dilemma for us about whether to go slowly or quickly. We did a survey in September of local authorities that revealed a resourcing situation that was much more acute than we had appreciated. It was at that point we thought we have to find a way to help, and our best way to help is to fast-track through the changes we'd already been considering.

We have been working as close as we can with people on the way, so it's not that this is the first time that some of these proposals have been exposed to our focus groups. For instance, we have focus groups with local authority representatives on, for both food safety and hygiene, and for food standards. So this has had a good airing in those spaces.

Has there been an impact assessment on these changes? There's a lack of qualified officers, but there's also a lack of funding – even if these changes work in theory, if local authorities don’t have enough funding can they work in practice?
We have seen a 45% fall in food standards staff and a 13% fall of food hygiene staff in England from 2012-13 up to 2017-18, and that's continued to degrade. So there is a funding problem and there is an issue about prioritisation within local authorities and getting resources to these areas - that's problem number one.

Problem number two is that there have been all sorts of people crying out for environmental health services in the last few months. And yet we know from the anecdotal evidence we've been seeing from various reports that it is a real struggle to recruit.

Funding has to be part of the answer as well, which is why we're banging the drum on this front too. We've been sharing our findings about resourcing with the Treasury and MHCLG, and we've got a very active conversation with the Office for Product Safety and Standards, and with the Health and Safety Executive, because we recognise that regulatory services in the round are struggling.

We were disappointed the Treasury decided to do a one-year settlement rather than a three-year settlement, which we felt would have given a much longer-term picture for local authorities. It means that the conversation that we all have with the Treasury next year for the spending review is absolutely critical.

Is there a line that is about to be crossed around funding and safety?
We don't think we've yet crossed the line now in relation to the risk that the FSA is prepared to take. But we are right at the edge of our risk appetite. What we've done is drop the requirement for one inspection in a round of inspections for low risk establishments. If that were to progress to dropping two inspections in an inspection cycle, that would be well beyond our risk appetite. The board has just agreed to extend this approach until June 2021.

We can't afford to drop inspections for high-risk establishments. And we need to make sure that that regime around the food hygiene rating scheme is maintained – it's one of the crown jewels, and has been recognised as one of the top 20 public health interventions in the last century.

The other thing we need to recognise about funding is, it’s not just about how much money there is, but also how efficiently that resource is used. We've been doing what we can in the last few years to help local authorities use that resource more efficiently.

How can consistency be maintained in determining competency, and is there a risk that experienced officers will have to divert their time to achieve this?
We think that's a misunderstanding of what's been proposed. There's already an assessment that has to happen against the standard, all that’s happening is that we are shifting that assessment from the food law code of practice standard to the competency framework standards.

So there is still an assessment that has to happen, it's still the lead officer who has to assess officers. I know there's been talk of 'Oh, my goodness, it's 100 pages and that's too much'. And actually it's very much cut-out-and-keep, if that's the right phrase. Not everyone will need to be assessed against a hundred pages it will just be a few of those things. So you're going to be dipping in, and picking out the bits that you need to assess.

This is a huge concern around resourcing – CIEH did a short poll and found 70% of port health authorities did not think they had the resources to carry out the assessments. How will you get everyone on board?
I appreciate that. At the same time we're also hearing from a lot of local authorities that they are struggling to get the resources. So it becomes circular, doesn't it? You haven't got the capacity to do any recruitment. And we haven’t got capacity to assess people. I've certainly found over the years that when I have deprioritised recruiting in additional capacity, in the end it's been a strategic error. You do have to put the time in to get really good people. And I totally understand, it can feel difficult at the time, but it's worth the investment.

One of the intentions of this competency framework is to make a good career path for people. The intention is that it should encourage retention of staff, so there will be less turnover, and there'll be people coming in and able to progress within that local authority. So it is investing for the long term.

How do you ensure you get that model of long-term investment and career progression, rather than a workforce that consists of less qualified officers?
It’s clear there will be requirements for certain skills, certain types of interventions. That's just not going to change. There's still going to be an expectation that the highest risk, the most difficult stuff, has to be done by people who are qualified, who've got the right experience and skills and knowledge. There's not going to be that radical a change, we're just trying to pass a lot of things that are lower risk and easier to do, to those people who are newer in, or who have got slightly less experience.

Concerns have also been raised around how to maintain standards without independent scrutiny?
We do a programme of audits of local authorities anyway, which looks at how they apply the food law code of practice. So we would expect that to continue. We have reduced that auditing at the moment because of the pandemic, and are just in the middle of reviewing our audit approach. One of the questions will be how do we make sure that the local authority has the right capability to do what's needed? Another question is just considering how we make sure that those standards are still maintained.

There's a risk if the joint committee between the EU and the UK don't come to a clear conclusion about what some of those arrangements are going to be, with the NI protocol, that some of those district councils are going to have to suddenly do a lot of checks they weren't expecting. So we are particularly anxious about that. 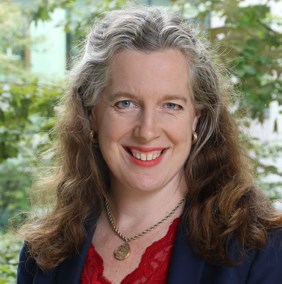 Emily Miles is chief executive of the Food Standards Agency