Shetland EHPs are celebrating their success in having completed inspection of almost all the islands’ fishing vessels ahead of new EU trading rules coming into force on 1 January.

In preparation for when the UK officially leaves the EU, Shetland has inspected 150 fishing vessels and has only a handful left to check. The new rules mean fishing vessels must register as food producing businesses, and fish exported to the EU will need an export health certificate (EHC).

EH on the islands has managed to achieve this essential work despite additional pressures related to COVID-19, with no additional resources, though it will look to expand its team in the New Year.

Set against this is a backdrop of growing concern that there are not enough EH officers to cope nationally with the added food inspection requirements once the UK leaves the EU, and this has been fuelling proposed changes to food law.

David Robertson, team leader, said: “The fishing industry here is absolutely huge, it's a major player in Shetland economy. And what's being discussed at the moment in the EU will have huge implications for the people up here. So we wanted to be absolutely sure that we're ready to provide the necessary EHCs for businesses.” 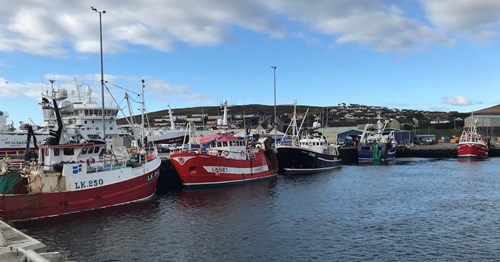 Robertson added that despite the added work of ensuring COVID compliance, Shetland has had relatively few COVID cases and so is in a low tier 1, which has eased the pressure. A large proportion of the bigger vessels will also be routed through central hubs elsewhere in Scotland, who will issue their EHCs.

He said: “We just prioritise the work. Food Standards Scotland has accepted that because of the ongoing situation, the inspection programmes are going to be put back a bit. So we’ve targeted the fishing vessels - and the good thing about that is that we're all allowed outdoors.

“We have to do risk assessments to just make sure the staff are OK – if you go down into the hold then you're in an enclosed space, you have to think it through quite carefully. But all the authorities in Scotland have done a great job in getting all the fishing vessels completed.”

Robertson and his team are having to make “best guestimates” as to how much extra work 1 January will bring, which they believe could very well be a doubling of the current 500 EHCs it currently issues.

He said: “At the moment it's rather unpredictable because we don't know what kind of deal is going to come out with the EU, so one way or the another, it's going to affect the amount of product that will be exported.” 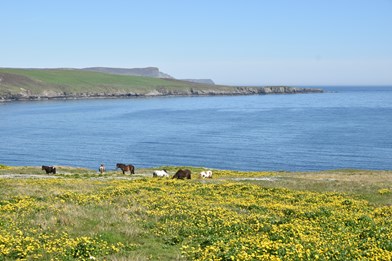 Want to work in Shetland?

Robertson’s team hasn’t started recruiting yet to the EH team because they don’t know what the export volumes will be, and it will be funded through charging businesses export fees for EHCs, so he said it’s a bit “chicken and egg”.

However, he is concerned that it will be difficult to recruit when the time comes due to the Shetland Islands' location and the national shortage of officers, despite some of the amazing benefits of the place including the opportunity to experience the Northern Lights, a close-knit community, amazing wildlife, and "fantastic" broadband.

“With Shetland being so remote it's doubly difficult to recruit people. I think you've got to be a certain kind of person for Shetland to appeal as a job prospect,” said Robertson.

“I've only been here a year myself, I came up from Cornwall council. Shetland is unique, it's not the warmest place in the world and can be a bit windy, but the people here are fantastic. And, you know, it's a close-knit community. You could be driving down the road, a one-track road, and everyone seems to wave at you, a very friendly place basically.

“It has a strong sense of community, and because it's such a small population of about 23,000 people here, everyone has a link to somebody else who knows someone.

“You can leave your door unlocked, crime is very low. And the wildlife here is fantastic, it's seals, otters, orcas. The days are very, very short this time of year, people have about five hours of daylight here. But in the summer you've got near 19 hours of daylight. So it's that one extreme to the other, so the seasons change very quickly.”

And for those wishing to escape the rat race, there is only the “Lerwick rush-hour” to avoid on Shetland. Lerwick – the main town and port – has a small busy period, said Robertson, consisting of a few cars trying to get around the roundabout from about 8.50am to 9.10am on weekday mornings. 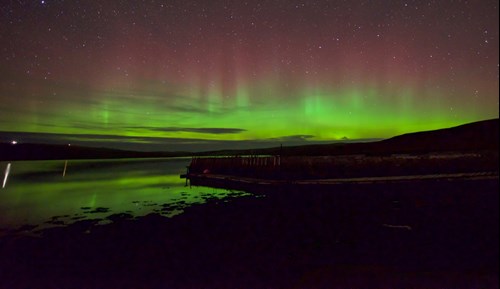