Three men who were found slaughtering animals in horrific conditions and preparing them into ‘smokies’ have received suspended prison sentences.

Public protection officers from Pembrokeshire County Council were involved in a multi-agency raid that discovered Sean Burns, John Clayton and Kenneth Darren Evans preparing sheep carcasses at Bramble Hall Farm, Ferry Lane, Pembroke Dock, in January 2019. The men were turning the animals into ‘smokies’, an illegal product created by the singeing of the fleece off the carcass to leave the surface of the meat with a smoky colour and the carcass with a distinct strong smoky smell.

Smokies are viewed as a delicacy in some cuisines but this type of meat is not permitted under EU legislation, which requires the skin to be removed. In addition, animals were being processed in filthy conditions with "blatant disregard" for regulatory control over the slaughter of animals.

Peter Cole, lead EH officer (food safety), said: “The reaction to what we saw on entering the premises was one of concern and compassion for the animals who had been killed and were waiting to be killed, coupled with some revulsion that pigs were being used to eat animal by-products associated with the dressing of the animals. I had not seen such a horrific scene of blatant disregard for safety or welfare in my near 30-year career as an EH officer.”

Cole added that many operations relating to smokies have been carried out in West Wales over recent years, though Pembrokeshire has had limited exposure, with this exception.

Burns pleaded not guilty to five charges: operating a food establishment without the required approval; operating a slaughterhouse that failed to meet specific legal requirements relating to hygiene; failing to ensure food premises were clean and maintained in good repair; possessing unsafe food for the purpose of sale; and failing to collect animal by-products in accordance with legal requirements. However, he was found guilty on all five counts and was sentenced to 12 months imprisonment suspended for two years, to run concurrently. He was also made subject to a Rehabilitation Activity Requirement for five days, and had to pay a victim supplement of £140.

Clayton was also found guilty of these five charges, pleading guilty to two. For the charges he denied he was sentenced to 12 months imprisonment suspended for two years, and for the charges to which he pleaded guilty, he was sentenced to nine months, suspended for two years, to run concurrently. He will also be under an 8am-8pm curfew for three months, required to wear a security tag, made subject to a Rehabilitation Activity Requirement for five days, and must pay a victim supplement of £140.

Evans was found guilty of possessing unsafe food for the purpose of sale and failing to collect animal by-products in accordance with legal requirements. He was sentenced to 16 weeks imprisonment, suspended for two years, required to undertake 150 hours unpaid work and will pay a victim supplement of £140.

The council were not awarded costs because the defendants were on benefits, the court indicated. The court also showed more leniency during the COVID-19 pandemic than it might have at other times. The Court of Appeal has advised that suspended sentences should be considered in appropriate cases because of the risk of the coronavirus in prisons.

However, the council was happy with the prosecution. Its cabinet member for environment, public protection and Welsh language, Cris Tomos, said: “While it was disappointing that costs had not been awarded in this protracted and lengthy investigation, it was important that these illegal activities are highlighted to illustrate the fact that such offenders have absolute disregard for the health of any potential purchasers, for any of the rules relating to the safety of food or the wellbeing of the animals which they slaughter.” 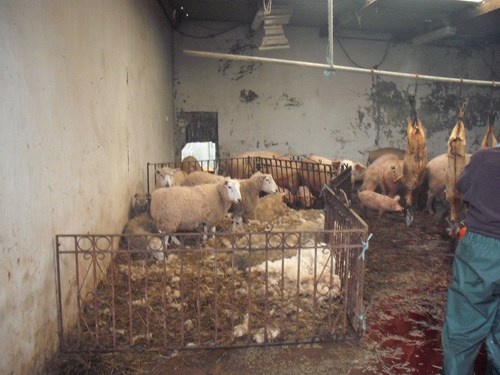 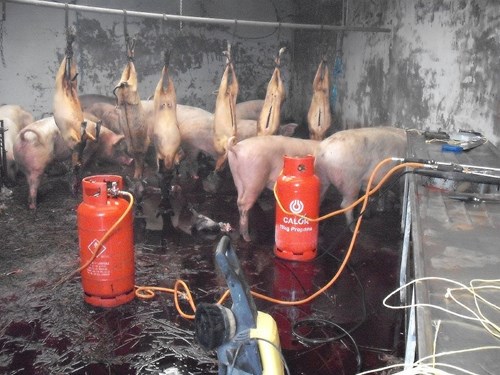