The EH team that sparked a double investigation into the body modifier 'Dr Evil' said they were prompted to take action following a complaint that warned he might inadvertently kill someone.

Brendan McCarthy, also known as Dr Evil, admitted and was found guilty of three counts of wounding with intent to cause grievous bodily harm on 12 February at Wolverhampton Crown Court.

The body modification procedures relating to the charges included ear and nipple removal and tongue splitting, all done without anaesthetic. McCarthy, who has no medical training, was convicted despite his victims requesting the procedures. None of them complained.

Their combined effort, and the successful prosecution, will make it easier for other local authorities to take action where they fear for public safety. McCarthy is out on bail on the condition he does not carry out body modification work. He will be sentenced on 21 March.

Wolverhampton City Council senior EH officer Charlotte Rose, who led the investigating team with a colleague, said the anonymous complaint received on 28 July 2015 urged the council to take action ‘before he inadvertently kills anyone in his back-street operation’.

The complainant was concerned that practices being carried out by McCarthy were unlicensed and that he was ‘untrained by any medical institutions’. However no one else had ever been prosecuted for this activity previously.

Rose said: "This work was important because we have proven a test case in an unregulated grey area that requires regulation. It’s one of the best things we have done. It’s a ground-breaking piece of work for a local authority.

"At Wolverhampton we are very passionate about better regulation in the cosmetic world and we decided that McCarthy was taking it a step too far and we needed to ensure we were protecting the public.

Rose added that her team had the full support of management and the council’s legal department to pursue this case. She said the council would be lobbying for better regulations, and working with the Crown Prosecution Service to put together an education programme, and a procedure document (see the upcoming issue of EHN magazine, due out on 4 March, for more on this). However, in the interim Rose has said EHPs concerned about body modification practices in their area can contact them directly for advice. 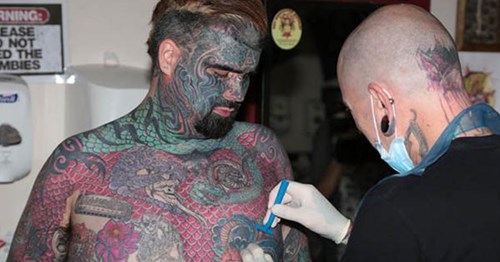 McCarthy was known to the local authority prior to the council receiving a complaint. Six months earlier it had investigated him over hygiene issues.

McCarthy was not following guidance in CIEH's Tattooing and body piercing guidance toolkit, which specifies that hollow reusable instruments for piercings should be cleaned in a specific type of vacuum steam steriliser. However, McCarthy had developed his own cleaning method using a chemical typically employed to wipe down surfaces.

With the help of consultant clinical scientist Peter Hoffman, who had helped CIEH to develop the toolkit, the council was able to show that McCarthy’s method was not adequate. McCarthy then purchased the correct steriliser.

Rose said there was a sense in her team that McCarthy had gone ‘too far’ with some of the procedures he was carrying out but it was unclear which organisations, if any, were responsible for regulating his activities.

The EH team contacted the Care Quality Commission, the General Medical Council and the Royal College of Surgeons. However, none of these could help because McCarthy was not a medical practitioner.

The Department of Health and Social Care referred them to Public Health England, who looked at whether the council could take action under the Public Health Act Part 2 Order, but this was found to be moot.

Meanwhile, the Wolverhampton City Council legal team consulted with a barrister on the areas of law that McCarthy could potentially be breaching. These included the Health and Safety at Work Act; Consumer Protection from Unfair Trading Regulations; the Enterprise Act; and the Antisocial Behaviour Act.

The council was advised that the Health and Safety at Work Act was appropriate to use, and also employed an ear, nose and throat specialist to instruct them on the issues around the medical procedures McCarthy was carrying out.

Plastic surgery is performed on some patients to remove ears in cases of cancer or traumatic injury, or prior to reconstructive surgery. The consultant was able to compare the environment and procedures in place he would be required to use as a qualified surgeon with those in place at McCarthy’s business.

EHPs issued the prohibition notice on 14 December 2016. This stopped McCarthy from carrying out body modification on the basis that he did not have the training, skills and medical knowledge to be able to ensure adequate consent – including recognition of the need for psychological assessment of some individuals – or to ensure the identification of factors that may affect the healing process.

The notice also said McCarthy did not have the skills or training to undertake procedures that could result in increased risk of bleeding and infections and was unable to deal with the potential complications during the procedure. It said he had an unsuitable environment to carry out his procedures and did not have a medically trained assistant to help him.

McCarthy did not contest the prohibition notice. He originally denied the police charges (see below), arguing that consent had been given. This then went to the court of appeal, which rejected his claim and refused his request to go to the supreme court on the matter.

Rhiannon Jones from West Midlands Crown Prosecution Service said: "This case confirms and clarifies the existing law that those who cause more than minor injury to others in these circumstances cannot avail themselves of the defence of consent."

Rose added that an NHS audit was also carried out on the premises by an infection prevention nurse to counter any argument that McCarthy’s premises could be compared to GP practices or smaller theatre units, which do carry out minor surgeries such as mole removal and vasectomies.

However, his premises failed the audit badly, scoring just 23 per cent.

How the police got involved

Detective Inspector Chris Fox from West Midlands Police's Complex Investigations Unit said: "We launched an enquiry as soon as we were alerted to concerns over McCarthy's practices.

"We found he was performing complex procedures without medical training, outside a clinical environment, without knowing clients' medical histories or psychiatric background, and in the absence of any life saving equipment should procedures have gone wrong.

"It was important to take action in order to protect the public.

"One consultant ear, nose and throat surgeon we spoke to said there were significant complications associated with the removal of someone's ear and that such a procedure should only ever be carried out by medical experts in a hospital.

"We also had concerns McCarthy was potentially carrying out procedures on people with psychiatric conditions like body dysmorphic disorder without conducting any mental health assessments in advance."