In January EHN Extra reported that Liverpool’s city-wide selective licensing scheme was not renewed by the Ministry of Housing Communities and Local Government.

As told to Katie Coyne

What were the benefits of having a selective licensing scheme?

We had the scope then to proactively manage on an intelligence-led, risk-basis. Landlords that came on board early got the discounted fee. Then we prioritised by either area-based intervention, if there's lots of antisocial behaviour, or where we knew there were problematic landlord portfolio-holders. We'd also target any reactive complaints that came in.

As a result, we found thousands of category 1 and 2 hazards. We got our first foot in the door of places that we probably never would have gone to because tenants don't know how to complain, they don't want any hassle. A lot of them think it's okay, that this is how they should be treated. A lot of these areas are heavily deprived – Liverpool is in the top three most deprived areas in the whole country. Tenants just aren’t empowered to complain, which makes them more vulnerable.

Is it true that the Liverpool mayor challenged the decision by MHCLG not to renew the scheme?

The mayor went off his rocker, he said we'd done an amazing job, licensing is very much needed, how can you take this away from us? That was his stance. And so he instigated the judicial review, which is still going on so we can’t talk about it. But even if the JR is successful, it won’t reinstate the scheme.

What are your next steps?

As much as we want a city-wide scheme, clearly MHCLG are not happy with that. So we are consulting with stakeholders on a new scheme with three designations. The first designation is on property condition, and is the council's preferred option. We think this will give us the best outcomes, and robustly address the problems we have in the PRS. That covers 16 out of 30 wards but will still include at least 80% of the PRS. Then we've got a designation on deprivation that covers 14 wards, and a third on low housing demands that covers 13.

What was some of the fallout from the scheme ending so abruptly?

On 31 March, that was it. But we kept getting complaints in about anti-social behaviour or issues that we just couldn't deal with because we didn't have the legal powers. They were coming in from landlords who said, ‘I've got this horrendous family living next to my privately rental property: there’s drug dealing, there's ASB going on. I need help’. And I had to say, well, I can't help you because I've got no power to tackle that landlord, to say to him, ‘sort your tenants out’.

What do you say to those who argue you have the powers, and don’t need a licensing scheme?

We might have powers, but without resources we'd just be paying lip service to the legislation. We'd only be dealing with the very worst cases – where you'd just walk in somewhere and shut the house down. I mean, what’s the point in that? Where does that get us? It just puts more pressure on Housing Options [Liverpool’s homelessness service] doesn't it?

We can only give a basic reactive service. We can't do anything proactive and we can't target problem areas, problem properties, problem landlords. Well, that's just awful, isn't it? And it's awful for other landlords who are trying their best and thinking, well, I'm managing my property properly. Why aren't they?

Licensing isn't a panacea – it’s definitely not going to cure all the social ills that Liverpool has. But when you combine it with other strategic measures, and you work with the private sector, you can achieve change. But to leave it and not do anything, is just not an option. Deprivation is just going to be even worse with COVID and job losses and just everything rolled into one.

Why is this issue so important to you?

We have to proactively attack the housing conditions that people are forced to live in in Liverpool. With deprivation like that, life chances are just so poor: your house is full of mould, and it's freezing cold and your kids are huddled around trying to do the homework, they're freezing, and you've got to put another ten pounds in the leccy [electric metre] or the gas, and you haven't got much money. There are single-glazed windows, the boilers a bit clapped out and hasn't been working properly. And you want to go for a job interview? Great. But your clothes stink of mould because there's that much condensation in the house because it's so damp. 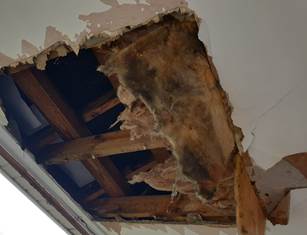 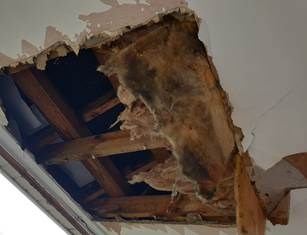 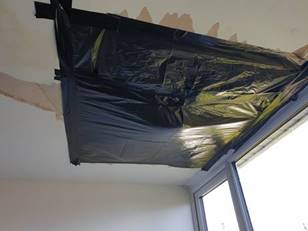 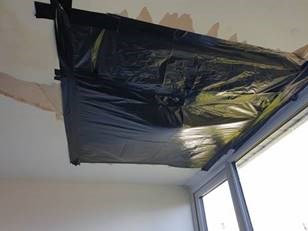 Ceiling found by the PRS team, and poor repair job

It's all that type of stuff. How can you ever get that chance to move on? How can your kid’s attainments at school be as good as it can be, when you're in those type of properties? It just can't. I've been there myself when I was younger with my little boy. My son’s life chances improved because I was able to go to university. We moved to a better house, because I got a better job, and I could pay the extra for a nice property with double glazed windows, a decent boiler, and a little bit of a garden. And that made so much difference to our life chances and our mental health.

As an authority, we have a duty to investigate any properties that we think have got category 1 hazards. So we're only really doing what we should be doing, what the government expects us to do.

How has your work changed since the scheme came to an end?

I've got to push on because people at stuck at home. Even more so now – kept inside these properties where landlords are just not taking any responsibility. They say they don't know what to do, or they live outside of the area, or they've got no money. Or you've got a load of students piling into properties that haven't been properly managed.

We’ve had to stand down our main reactive inspection regime. I've got officers going off now with COVID, or self-isolating. We have to prioritise the resources that we've got left to only the very, very worst cases – and I mean we've got plenty of them that keep us busy – things like literally people's roofs caving in, and flooding.

Housing became more important during lockdown, did that impact on your work?

We did see that theme coming through from the national lockdown. By the time we got to May, people were at the end of their tether. Obviously, a choked drain that's just pouring sewage everywhere is not good, but if you can ring the landlord and he'll try and get there in a couple of days, you can kind of live with that. But when you're literally locked into your house and cannot leave, you can't see your family can't go to your mum’s, can't get the kids out. You couldn't even go to a park at one stage – do you remember? It was that bad.

That did really start to highlight the poor quality housing – and HMOs, where people are not able to adequately self isolate, and haven't got the correct facilities.

What sort of issues have you been dealing with during the pandemic?

We have had to move a lot of people out, as an authority, into temporary accommodation. That's why, obviously, the bills have gone through the roof in terms of rehousing vulnerable people because we couldn't leave them in places like that. We have a responsibility. And in the pandemic and lockdown, everything is so magnified. 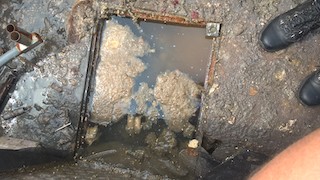 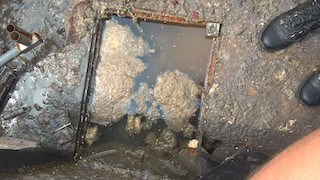 In one case, the house was poor in terms of excess cold issues and damp and problems with security. But none of it was enough to get them out on an emergency probation order or to serve a 28-day notice on a prohibition order. Working to our own enforcement guidance we served an improvement notice but it just still didn't sit right with me. This was a known landlord with a portfolio of about 70 plus properties. He would say to us, ‘she won't let us in, and doesn't look after the property’. It's just that usual thing. And then he's sending her text messages saying ‘what are you ringing the council for?’ We could have taken a harassment case, but she was petrified, and refused to give us a statement. But as it went on and on, the drains choked up. They had completely collapsed and will cost £10k to get it fixed.

What happened to the family?

Vulnerable families, don't have much, but are trying their very best. I see some of the pictures from the inspections and I just think ‘wow’. The kids have drawn little pictures of rainbows and put them on the front, urging everyone to ‘stay safe’. And yet when you go through her front door, she's just living in a slum. And that's what got me, I just thought ‘this child knows no different. She just thinks this is normal. And, you know, how is that going to be good for her life chances, or anyone's mental health in there?’ It's not, is it. So we moved the family into temporary accommodation, but the drains are still not fixed.