Wales’ health minister Vaughan Gething has praised EH officers in the response to the pandemic, saying they were a key part of the devolved nation’s contact tracing efforts. He also espoused a joined up, decentralised approach to tackling COVID-19, and pledged that Wales would not water down UK food standards following the transition period. EHN Extra reports.

As told to Katie Coyne.

How important was EH in the contact tracing response?

EH officers are very much part of our approach to contact tracing, and that's the whole point about joining up those local authority functions together where the health service works, you get a proper answer for the public.
I know we'd have a real difficulty if we had tried to do this without EH officers, so they are very much part of the team that is helping to keep Wales safe. And I'm really proud of the way people work together on this as well.

Why has the Welsh test, trace, protect system worked well?

Because the Welsh government, the National Health Service and local authorities worked together on it – but at an early stage. Local authorities were working with their health boards on how to design and deliver a national service, and there were national service standards, national training. And we started off by having local authority staff doing the majority of the contact tracing. So we've had a proper partnership approach here in Wales. There's been a public service solution – we haven't had Serco, or a similar body, come in to do that.

We've got local contact tracing teams in each local authority working with its local health service partner, and we're able to get national data as well as local authority level data. So we can see from the spikes that take place, from the differing change patterns, and we're able to trace back and understand what's happening. It's been a really collaborative and important way of working.

I think the challenge in England was [that] it didn't bring local authorities in at the start of the process. We can see all the data, all at the same time, so those local contact tracing teams have all been able to see lighthouse lab data when it comes in, none of it has been hidden. So we've got a really transparent system, that has built lots of confidence.

The other advantage of course is, that if someone from your local authority area is calling you, they're likely to know more about your local geography, rather than a centralised calling system. It's been really joined up. And I'm really proud of the way that our teams have worked together.

Are you concerned about weakening food standards post the transition period, and can Wales do anything differently?

There are some quite difficult politics ahead. But I can say that where there are devolved national powers in Wales, we won't be using those to lessen the standards of the quality of food that people eat here in Wales. We don't want to see any levelling down in the standards and the quality of our food, that is either produced in this country or is imported from other countries. Brexit is a growing headache for me from a food point of view, as well as from a medicine supply point of view.

We need the debate to move in the opposite direction – so that people are more aware of how food is produced, and more aware of the food they're putting into their own bodies. And for parents ¬– and I've got a young child who is still a primary school – it's about the choices we make for our children as well. Because it's not just what they will look like at the end of primary school, but the choices that they will have engrained within them, about what is a normal way to eat and drink.

The Action on Smoking and Health charity said during the pandemic, a million people in Britain have stopped smoking. There are reports that there may be a Welsh ban smoking outside of bars and restaurants, can you confirm this?

There are no plans to introduce a ban on smoking outside pubs and restaurants for the remainder of the Welsh parliament term but we are thinking about ideas for future, for future manifestos that would require people to vote for them. From the autumn we're going to go ahead with our plans for banning smoking in a range of other areas and you will be familiar with these: hospital grounds, children's playgrounds and schools. And actually the public is largely supportive of those.

We've had a continuing conversation about what we do on smoking in a range of other areas. So, as I say, that's a conversation for a future manifesto. But the first minister has made clear that he thinks there is a case to do so.

What would you say to critics concerned about the impact of an outside ban on smoking on pubs and the hospitality sector that has already been so badly hit in the pandemic?

COVID-19 has changed the way we look at the world in a whole range of areas. And so our response is going to continue to need to take account of the very different world and reality that we're living in.

The role of the pub in a community has changed in lots of parts of the world – for many reasons not just related to smoking. The measures we have taken, for an example, on minimum unit pricing should probably be good on balance for places where people sit down to eat and drink as opposed to drinking at home.

I would describe myself as a moderate drinker. I enjoy going out for a meal and a drink with my family. So we're not we're not taking a puritanical view that is about trying to stop pubs and restaurants that serve alcohol from operating, but it’s about how we do that in an environment where we take care of the impacts on people's health.

More and more people now are not so keen to have smoking around in an environment where they're eating, especially so when children are present. There's been a really marked shift in attitudes over the last decade or so, and so actually we are with the grain of where public opinion is.

Frankly, we need to get through coronavirus before we think about how we remake the world. Because, I couldn't sadly predict for you what the shape of the economy and businesses will look like at Christmas or indeed spring. We don't know what's going to happen with coronavirus.

If we do have a further upswing in coronavirus, if there is another national upturn in Wales and the other UK countries, then the UK governments are going to need to support people and businesses again. At this point in time that's the biggest threat to the survival of the hospitality sector. 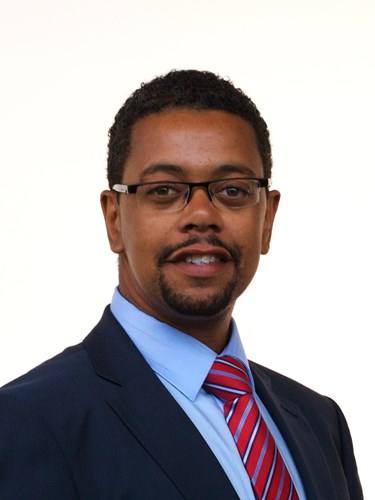