The national contact tracing training is “comprehensive” but there are worrying teething problems with the software supporting it and it will be a race against time to get it operational for 1 June, according to one tracer.

Jane Tait has first-hand experience as a contact tracer as a former EH officer. Latterly she worked for the FSA for ten years, before leaving 18 months ago to run a bed and breakfast.

Tait said signing up as a contact tracer was a way for her to “give back” while also gaining some income as her business has had to temporarily close. She said: “This was what I loved about being an EH officer, you always felt like you were doing something useful”.

EHN Extra has spoken to Tait several times and she has had a bumpy ride. Before the May bank holiday weekend Tait was excited and pleased to be part of a team making a difference, but frustrated about the process. She said the thoroughness of the ID process – copies of driving licence, passport, and utility bills were double-checked on a video call in real time – was impressive, but flagged some initial teething problems.

Tait was not told that software passwords wouldn’t be made live until a certain date, so wasted time trying to log in and on the phone trying to get assistance. She also raised some concerns about possible duplication of subjects across platforms.

However, straight after the bank holiday weekend and the outlook had completely changed. More information has come through, and the software and training has fallen into place, and Tait said she was very positive about the process and raring to go on 1 June. She said: “The training is pretty comprehensive. It’s taken it back to the bones in the detail that it goes into and they have covered all eventualities.”

The head of the UK test and trace programme recorded a welcome that went out over the weekend. Tait said: “We had a video from Baroness Dido Harding welcoming us so I feel things are moving on more positively. She said that at the moment we have 60 million people in lockdown and with the track and test most people will be able to go about their everyday lives. But we will have to ask all those who are testing positive to isolate, and going forward what an important role contact tracing is.”

But shortly afterwards, when Tait found the software platforms needed to carry out the job were still not live doubts set in again. She contacted the help desk, which informed her that a lot of people were experiencing the same difficulties.

She said: "I am standing by the training but the platforms to do the job are not ready – it is the pressure of pulling something quite complex together in a very short period of time. They are not updating people, even about when it's going live. It was meant to be 18 May but it keeps being pushed back and back.

"So, those that are ready and have done the training don't have an opportunity to practise."

Tait will be a tier 2 contact tracer, calling people who have tested positive for the virus. She believes tier 1 contact tracers will be staffed by local authority and Public Health England to deal with the more complicated cases, such as those involving care homes. Tier 3 will be the call centres, and they will be getting in touch with the contacts of contacts who have been exposed.

There are two training platforms, and the role involves using telephony as well as contact tracing software. Videos from epidemiologist Simon Packer have taken recruits through some of the screens in the contact tracing software. A series of webinars is to come, as is the allocation of a team leader. There are multiple scripts, including how to handle calls with next of kin, and when a case involves a child. Training includes child, and adult, safeguarding. In all, Tait said, the training will have taken up a total of around eight hours.

Tait emphasised the flexibility of the role, and said that people with the right skills and experience should put themselves forward, and not be put off if they have caring or work commitments as it is possible to offer part time hours.

“The bottom line is, I can use my skills and qualifications to give back. We spend our whole lives trying to prevent ill health. It’s being able to give back and use our knowledge in a helpful way for community and society at large – to enable everybody to get back to their lives in the best way that they can.

“I am really hopeful about this - it really has been rolled out too late, that goes without saying – but once it’s up and running it should work." 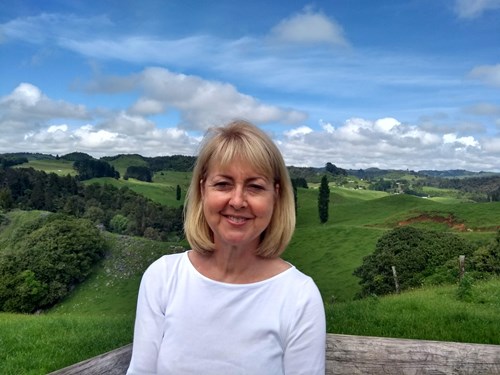