As New Zealand enjoys spring, its five million population are able to appreciate a near normality while Europe enters increased restrictions.

The World Health Organisation has held the pacific island up as an example of how to effectively deal with the pandemic, and its PM Jacinda Ardern has just been jubilantly re-elected. How has New Zealand escaped so far with just 2,000 cases and 25 deaths, and what role have EHPs played in the pandemic?

Extra caught up with Tanya Morrison, national president of the New Zealand Institute of Environmental Health, to find out.

New Zealand’s approach to the COVID-19 pandemic, led by our government, was to go hard and go early. This was arguably a bold approach for such an unknown and evolving global crisis. Four alert levels were developed and subsequently, New Zealand entered a full lock down (Level 4) earlier this year. The key message for the weeks that followed was ‘stay home, save lives’ as we attempted to curb the growing number of case numbers, and limit the impact of COVID-19’s presence upon our shores.

A great deal of trust was instilled in any person being asked to self-isolate for 14 days, get tested and complete the daily surveys (via phone or email) as part of the contact tracing requirements. On the chance that a person was not truthfully undertaking self-isolation, they were referred to The New Zealand Police to enforce.

The Police were also the lead agency tasked with enforcing the conditions of lockdown, such as when people moved outside of their local area or bubble. The Ministry for Business, Innovation and Employment (MBIE) were the lead agency in ensuring business trading was following the applicable alert level requirements as we moved through the levels - such as during lockdown when only essential services (supermarkets, dairies, petrol stations etc) could be open.

In New Zealand, district health boards and the Ministry of Health employ health protection officers (HPO’s). A large aspect of HPO’s work is in the realm of communicable diseases. HPO’s, as opposed to environmental health officers (EHO’s), were actively involved in contact tracing, border surveillance and COVID-19 management from the beginning and this work is still ongoing. EHO’s were called upon to assist generally only when case numbers were high and extra support was required.

Some EHO’s of the local authorities throughout the country were involved with contact tracing, disease investigation or supervision of disinfection, while others helped at the borders with incoming passenger surveillance. This was mainly during the time that we started seeing an influx of cases in New Zealand. The contact tracing process worked well overall with confirmed cases, their potential close casual contacts generally being very cooperative and willing to provide information. Effective contact tracing was key in limiting the spread of COVID-19, particularly within the community.

Environmental health staff worked from home during alert levels 4 and 3 and some during 2 – mainly completing all pending works such as licensing reports, food verification reports, rescheduling food verifications (inspections) and other licensed premises inspections until face to face interactions were more manageable at lower alert levels. Many EHO’s were also on stand by and awaiting call out by Civil Defence if required. 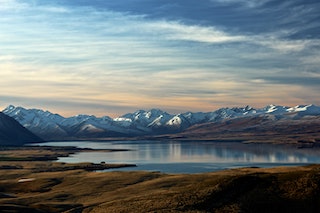 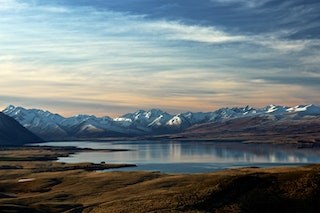 In addition, during lockdown, some EHO’s were asked by district health boards to be on standby and attend complaints relating to immediate risk to the public. Examples of possible complaints included food safety complaints, foul smell or odour, sewage or wastewater overflow outside sewerage connections, thick/black smoke discharges from burning causing difficulty breathing within urban areas, fire exposing asbestos or any other concerns relating to immediate risk to public health.

Members of The New Zealand Defence force were also engaged to assist at managed isolation facilities around the country as a part of the response. This work is ongoing for Defence Force members.

New Zealand Food Safety (a branch of The Ministry for Primary Industries) developed a virtual training platform for food verifiers to quickly upskill and undertake remote verifications (of essential food services) with the use of technology such as video calling.

Food verifiers from both local authorities and the private industry were able to undertake these ‘remote checks’ following a three hour in-depth virtual training course, which meant that programmed food verifications (at least for essential businesses that were able to trade) could continue in some capacity, and verifiers could complete these checks whilst respecting alert level restrictions when face to face interactions were not possible or encouraged.

Upon reflection, months after full nationwide lockdown occurred, there wasn’t at times a nationally consistent approach with regards to the utilisation of all Environmental Health staff. The way and degree to how much EHO’s were utilised varied according to their location.

At our current Alert level 1, not many EHO’s are involved directly with the ongoing management of COVID-19. However, as verifiers of food business operators, there is an expectation to follow any guidance issued by New Zealand Food Safety regarding updated information pertaining to the food sector, or any other guidance issued by the government.

Following the initial nationwide lockdown earlier in the year, clearer guidance has been circulated from the relevant government agencies defining what types of businesses are defined as ‘essential’, and what the expectations are of business operators at each alert level. When the alert levels were first announced, it wasn’t at times clear what businesses were deemed ‘essential’, and who needed to close.

The drop in international tourism and decreased number of large-scale events has had an impact on businesses nationwide. This has caused a slight flow on effect to the work environmental health officers do, in terms of routine inspection volumes.

Directly after the end of lockdown, many EHOs were busy completing overdue programmed work such as inspections of licensed premises. Presently, several months down the track from nationwide lockdown and currently as we are nationally at alert level 1, the day in the life of an EHO predominantly is the same as pre-COVID times.