When it hit our screens in December 2017, the final instalment of David Attenborough's highly praised Blue Planet II series placed an important issue firmly in our living rooms - the ongoing ecological crisis of plastic waste.

The programme showed, in ultra-high-definition, how plastic waste in oceans is wreaking havoc on marine animal populations, including whales, dolphins, turtles, seals and albatrosses, in some cases pushing them to the verge of extinction. Modern plastics have only been in mass production since the 1950s, but their adverse impact on the environment has been staggering (see infographic below). Discarded plastic bags, food containers, bottle caps and bottles travel across oceans in massive circular currents called gyres. This non-biodegradable debris accumulates in artificial islands like the 'Great Garbage Patch' in the north Pacific Ocean, which is the size of Texas. The debris then breaks down to an almost microscopic level and is consumed by marine wildlife, leading to accumulations of carcinogenic and endocrine-disrupting chemicals becoming lodged inside them. 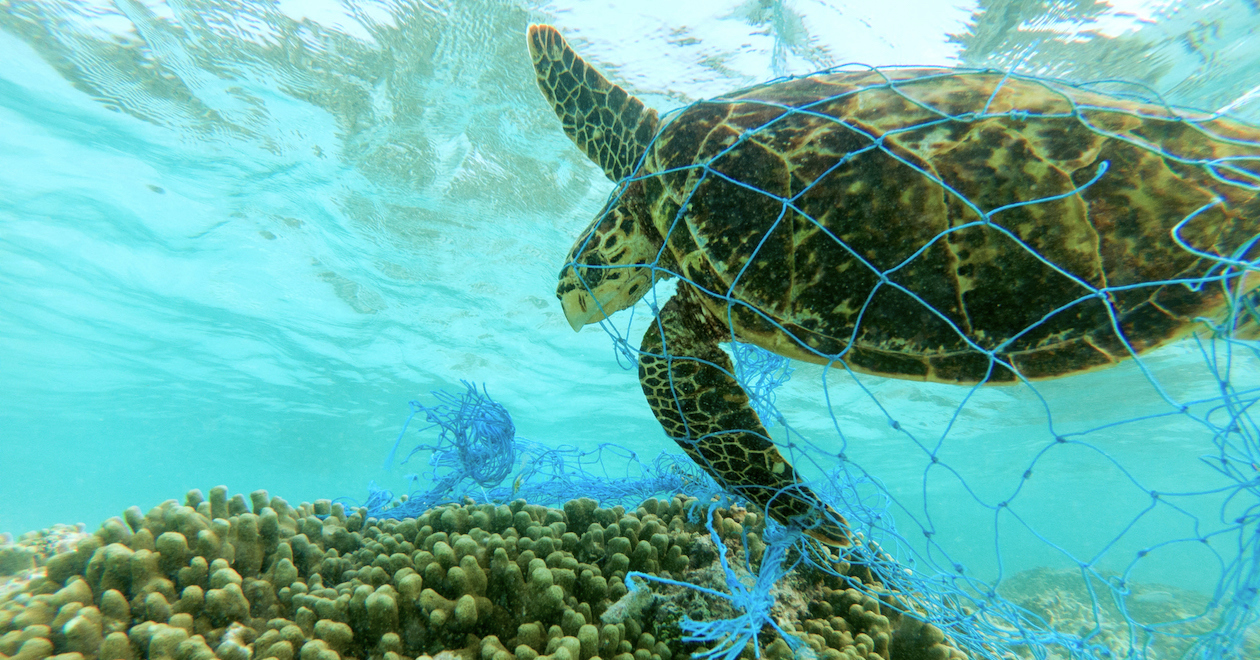 "Will future generations say that we failed to act?"

The fact that this ecological catastrophe figured so prominently in Theresa May's speech to launch her government's 25-year environmental strategy in January probably owed a lot to Blue Planet II. In her speech, delivered symbolically at the London Wetland Centre, May picked up the "green" baton that David Cameron dropped. Citing plastic pollution as 'one of the greatest environmental scourges of our time', she promised that Brexit would not lead to a 'lowering of environmental standards' and said the Conservatives are 'natural allies of conversation'. Just as John Major once gave us warm beer, cricket and 'old maids bicycling to holy communion', May name-checked Beatrix Potter, Shakespeare, John Constable and Benjamin Disraeli (all associated with environmental legislation) in her speech so as to evoke a rustic English utopia and give her words more resonance.

Some tangible policies accompanied the launch of the strategy: the plastic bag tax is being extended to all retailers, plastic-free aisles are being implemented in supermarkets, more funding is to be given to environmental research and development, and there will be a consultation on a tax on single-use plastic items. Singularly, there was an eye-catching overall goal - a pledge to eliminate all avoidable plastic waste by the end of 2042. May acknowledged that action must be taken 'at every stage of the cycle' and it's good to see the 1990s mantra of 'reduce, re-use and recycle' being revived. Discouraging plastic bag use and taxing plastic coffee cups are helpful measures that have been rightly welcomed by CIEH, and bottle deposit schemes (which are being considered in Wales and Scotland) can also play their part.

Consumer awareness will certainly influence manufacturers and retailers; in the wake of Blue Planet II, Iceland, Waitrose and McDonalds have all announced plastic-reducing measures. This could stimulate further legislation, but is it too late? Will future generations say that humanity failed to take action at a critical time point? We cannot predict this, but we can welcome the stimulus that Blue Planet II has given us, and ensure that we act as consumers, influencers and regulators to mitigate this crisis and save our oceans and marine wildlife.

CIEH and 15Hatfields are making a commitment to preventing plastic pollution

Superfoods are supposed to make you younger, fitter, brighter, healthier, but could they also make you seriously ill?
Top