In England and Wales, the CIEH Noise Survey provides the only source of information on the vital contribution made by Environmental Health Practitioners (EHPs) working to resolve noise complaints. See the new 2019/20 survey results for England.

We have now released our latest report on our 2019/20 England survey. The 2018/19 report is still accessible below.

Our Noise Survey for Wales has now closed and we are in the process of analysing the results. We are hoping to publish the report in late spring 2021.

We are aware that EHPs are heavily involved in supporting efforts to tackle COVID-19 and we appreciate that many of you will be especially busy at this time. However, the information collected is used in official Government statistics and we have also heard that some local authorities have seen big increases in complaints about residential noise during the lockdown. We are keen to ensure that this information is captured, if at all possible.

Why is it so important?

Our noise survey provides the only source of regular national information on the important contribution made by EHPs working to resolve noise complaints.

Our survey results were referenced in the 2017 Chief Medical Officer annual report to emphasise that "environmental noise comes second in burden of disease to air pollution and arguably is responsible for more disturbance of quality of life". Noise is the single largest issue of complaint made to local authorities in the UK and over 80% of people report being exposed to noise pollution in their homes.

Last year, we collected data from 117 local authorities in England. 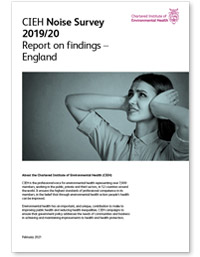 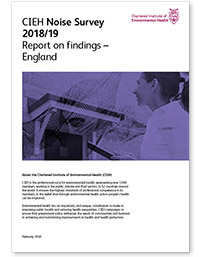 We collected data from 143 local authorities in England.

The report covers the same areas as the new 2019/20 report excluding other formal actions taken by Local Authorities. 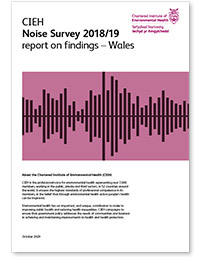 All 22 local authorities in Wales responded to the survey, which is a response rate of 100%.

In Northern Ireland the Department of Agriculture, Environment and Rural Affair’s (DAERA) Air and Environmental Quality Unity (AEQ) conduct an annual report on complaints received by the district councils.