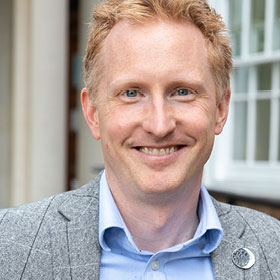 Those of us that employ environmental health practitioners have a problem. The good ones are proving really hard to come by, so the apprenticeship is a great opportunity to establish a pipeline that can fill the gaps in the profession.

Most practitioners I've ever worked with have been really generous about bringing people along and training and mentoring them accordingly, and the apprenticeship is a more formal way of doing that. The other great thing about apprentices is that they are already in the workplace, and even though they're in training, they can be a really good pair of hands to help out more qualified colleagues.

We're using the apprenticeship as a way to ease our recruitment problems over the longer term. Because it's a four-year programme, an apprentice may be more focussed on academic learning in the first year with their workplace contributions naturally at a lower level. But in the second, third and fourth years, they are going to be increasingly more involved in the workplace and after that, you get a fully competent practitioner who can go on continuing to positively contribute to what you're doing.

For us, it's really important to get somebody who could grow into the role and support the team while doing that, as well as giving people opportunities. The apprentices’ training costs are covered by the Apprenticeship Levy, which most employers will be paying anyway, so there's plenty of money in the system which goes towards paying for their tuition.

It has already really helped to have some additional capacity to the team and, of course, this is only year one. I'm hoping that in years two, three, and four, as our apprentice’s ability and skills increase, we'll be able to give them more to do.

Costs of an apprenticeship

Find out more about the costs and the incentives available

Setting up an apprenticeship

Find out more about how to set up an apprenticeship

Use our toolkit to help you set up an apprenticeship